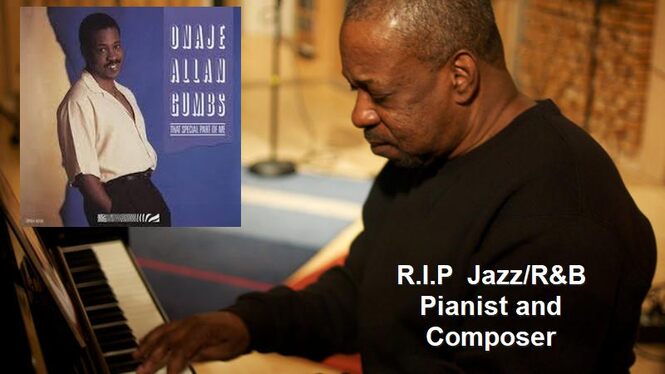 Onaje Allan Gumbs, a pianist-composer whose firm foundation in hard bop supported an expansive career in pop-R&B and smooth jazz, died on Monday at Saint Joseph’s Medical Center in Yonkers, N.Y. He was 70.
His sister-in-law, Linda Bannerman-Martin, said she had been unable to confirm a cause. Gumbs suffered a series of strokes over the last decade, most recently in Dec. 2018.
Gumbs first emerged in the early 1970s as a perceptive and versatile piano accompanist. My first exposure to his immense talent came with his work with the great Jazz/R&B drummer composer Norman Connors, the albums “Saturday Night Special” which featured the great Reggie Lucas on guitar, Michael Henderson vocals & bass && Herbie Hancock and Onaje Allan Gumbs on keyboards,  Gumbs continued his work with Connors and Buddah Records in the next album release which introduced us to the late Vocalist Phyllis Hyman, the album, the classic “You are my Starship”. Hyman would hire O.A. Gumbs as her music director as she embarked on her solo career. It hardly seems a coincidence that his chosen moniker — Onaje, which he found in a book of African names compiled by Amiri Baraka — means “the sensitive one, owner of the feeling.”  ...  for more.  Below is his very popular, often covered, original classic,..."Quiet Passion" 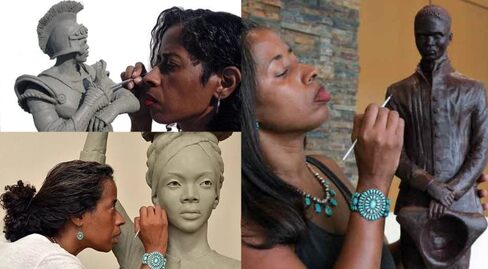 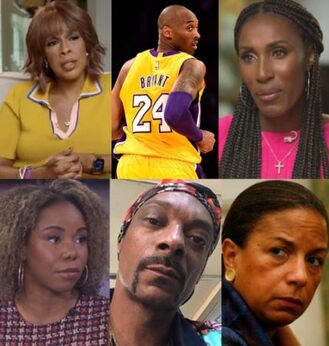 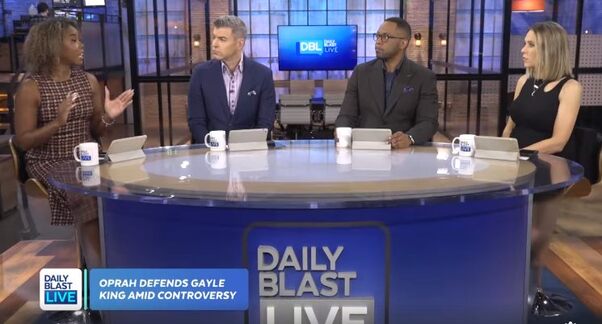 On February 7 ‘The Daily Blast’ posted on Facebook an interview with Erica Cobb who with such precision,.unpacks a painful truth in coverage of Kobe Bryant's death.  Erica who put Kobe’s alleged rape incident in more historical perspective. Reminding us that the incident was judged by two America’s in 2003,...one, who looked at a famous Black man and athlete, allegedly who ‘raped’ and got away with a white woman and we have an America who allegedly raped a woman but apologized, moved on with his life in such an exemplary fashion that he became more of an admired icon than he was before the incident.  All of this in the shadow of the OJ Simpson tragedy which still has the America’s on edge.    watch the Erica Cobb interview 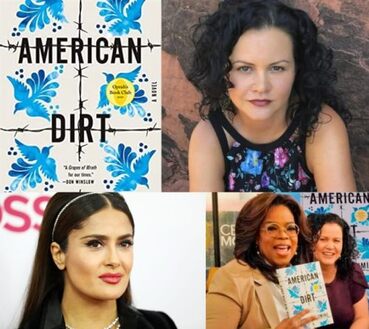 ​Oprah's latest book club pick "American Dirt" embroiled in controversy
During an age of Social Media and free exchange of opinion comes the story of Social Media outrage and censure of free expression.
Last week on CBS this am Oprah Winfrey announced her section for her latest book of the month a novel from the perspective of the author Jeanine Cummins.  Oprah would have no idea the controversy she would unleash.
...  for more on the controversy 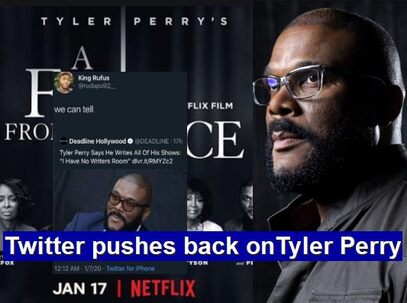 Tyler Perry’s Support For Black Writers Questioned After Bragging About His Original Scripts​
As Perry announced this latest deal with netflicks, “A fall from grace” which Perry lauded was shot in a remarkable pace of 5 days, also lauded that he wrote as he has been for years the entire script.  “..Nobody writes any of my work. I write it all.”  for more 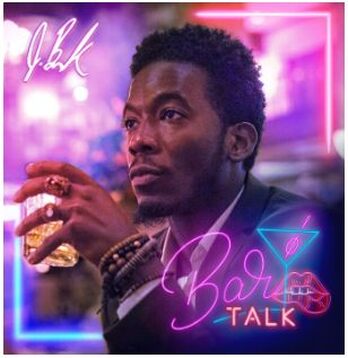 Memphis TN singer songwriter J Buck new music Bar Talk
South, Memphis, TN, soulful singer/songwriter J.Buck released of his third studio album, Bar Talk, on November 29 th , 2019 and  in his words, a musical journey and open discussion of life’s highs and lows Including alcohol and substance abuse, and the moments of clarity that lead to self reflection as a result.’
“My goal with this project is not to condemn the use of alcohol or any substance, but to create an open dialogue using stories of my own struggles.   for more & the video for "L.O.V.E." 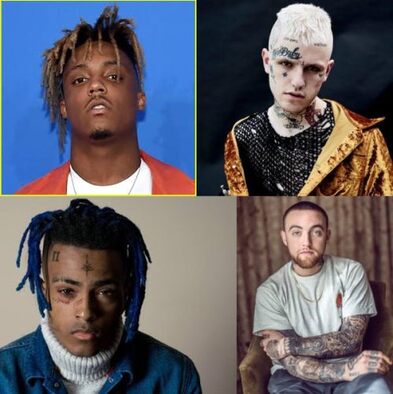 Rapper Juice Wrld becomes the latest hiphop artist to die in their early 20's at the height of their fame and popularity.  On June 18, 2018, Jahseh Dwayne Onfroy aka XXXTentacion was fatally shot at the age of 20, in a robbery at a motorcycle dealership in Deerfield Beach, Florida....  for more 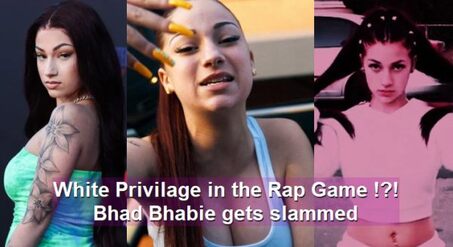 ‘White Privileged in the Rap game Femcee Bhad Bhabie slammed for comments on Black Women’s hair
On Wednesday (Dec. 4), hours after she was heavily criticized for wearing box braids and calling out Black women who put down her hairstyle, the 16-year-old rapper shared a personal message about the price of fame on her Instagram Story. In short, Bhad Bhabie says it’s not worth it.
"I’mma keep it real, I’m not fit for this fame.....  for more 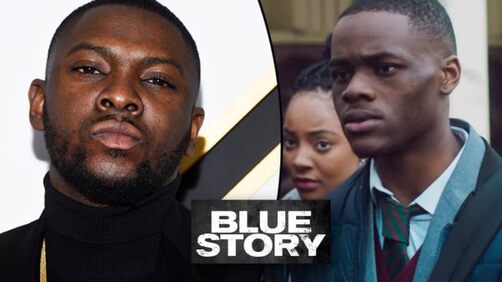 Rapman's 'Gangland tale' derailed after violent weekend opening
The U.K. gangland film Blue Story has been removed from screens in a British city following a stabbing over the weekend (preceding Thanksgiving).   The directorial debut of British rapper-turned-filmmaker Andrew Onwubolu, better known as Rapman — made headlines after it was pulled from screens by theater chain Vue. ... for more 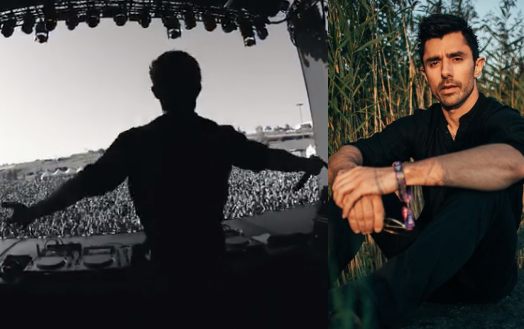 Going "Back to his Roots"  EDM producer Kshmr
Niles Hollowell - Dhar, better known as KSHMR tells a captive audience “...I would make beats for anyone who would come over my mom’s house,...” reminiscing on his modest beginnings.”...The American - Indian producer of EDM known for his anonymity which all changed after a Tiesto collaboration and introduction at the 2015 Miami UMF.. for more
The music, The Message of Alphamama an unstoppable force 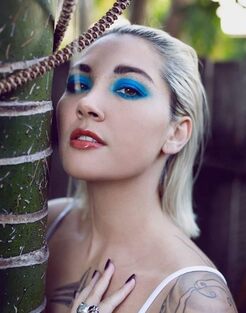 The music, The Message of Alphamama an unstoppable force
I first discovered Alphamama thru a soundcloud play that popped into my playlist.  The song was called “Stranger in Asia” and I was hooked. Released 2 years ago, it is a part hiphop, part poetry, part neo soul journey of an artist trying to find herself.. It was Alphamama on overwhelmingly powerful display,. for more 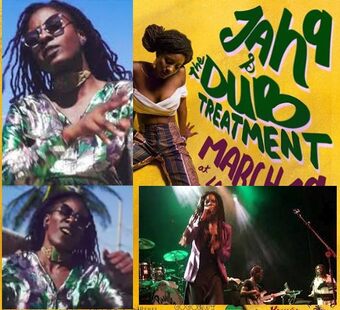 Deeply mystical, Jah9 has emerged from a chrysalis of poetry, dub and spirit to become a powerful femiNINE energy within a universal grassroots movement of consciousness. Inspired by the open spaces in the instrumental dub of 1970’s Jamaican roots music, Jah9 sings with a voice that belies the dimensions of her physical body, from a soul much older than its current vessel; ...  for more 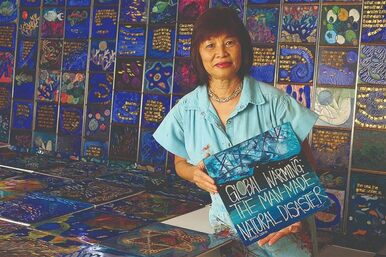 South Florida Artist Huong,.. Saving the Environment one mural at a time
In 1975, Houng took a two-week long boat ride from Vietnam to Southern California, then Alaska. The experience is still fresh in her mind, saying she knows what it’s like to be discriminated against.
“I understand the color of fear,” Huong said.  Coming to America would allow her freedom of expression, ... Through her art she would express her passion for peace and her love for a clean environment ...  for more 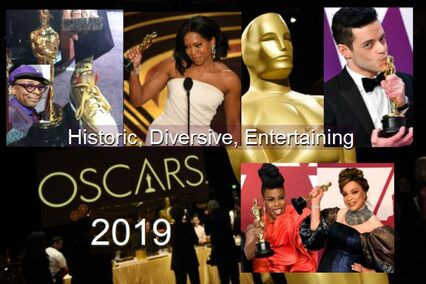 Oscar 2019... Historic, Diversive, Entertaining
No host, No problem.  This Oscar lover did not miss the silly skit the usual Oscar host produces and to have it replaced with a Killer performance by the New Queen band that features former American Idol runner-up Adam Lambert, the show rocked.  Add to that the creativity of the presenters to fill the void and the show goes on. ...  for more 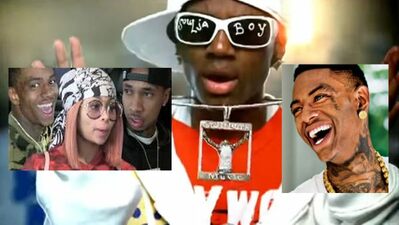 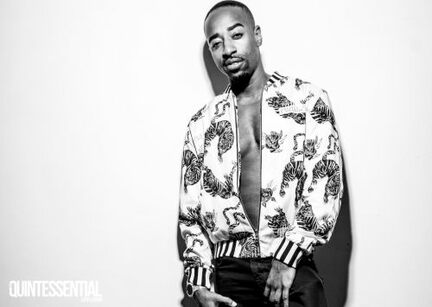 Up and coming R&B singer Nathaniel's new video
Nathaniel is a Brooklynite, vocalist, actor, and writer with credits for French Montana, DJ Khaled, Wiz Khalifa, Remy Ma, Swizz Beatz, and more. Nathaniel has been thriving throughout the years and theqgentleman.com,.. recently spoke with him about the current state of music, being talented versus popular and his new single Tear It Up. ...  ﻿for more﻿ 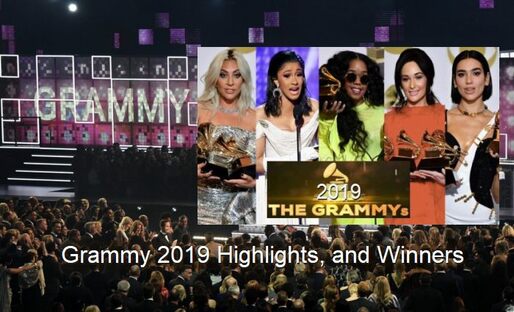 Oh Yes it's 'Ladies Night' at Grammy 2019
To say this was the Ladies Night for the 61st edition of the Grammy’s was an understatement.  It was calculated some 31 women were award recipients Sunday night far out-pacing the disappointing non inclusion of Women last year....  for more 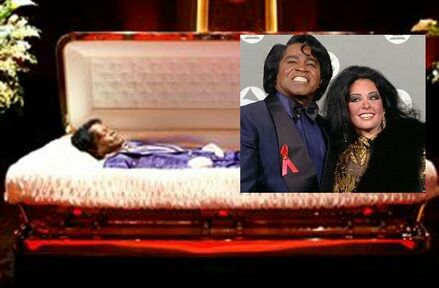 CNN investigation raises questions about the deaths of R&B Legend James Brown and his third wife, Adrienne
At least 13 people who knew James Brown have said they want an autopsy or a criminal investigation of his death, according to a new CNN investigation.
These skeptics include Dr. Marvin Crawford, who signed Brown's death certificate at an Atlanta hospital in 2006. In an exclusive interview with CNN, Crawford said he never believed that Brown died of natural causes. ...  for more 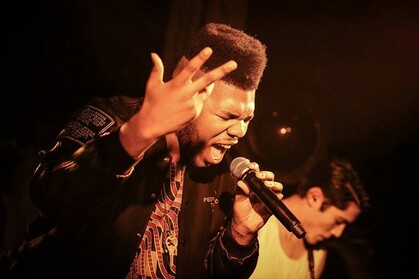 Mnek ,...  The singer/songwriter not enough people are talking about
...  When someone signs their first music publishing deal at the age of 14, they have something special. On top of that, how about someone that has been producing music since they were 5-years-old. This is the story of Uzo Emenike, better known as MNEK. ..  for more 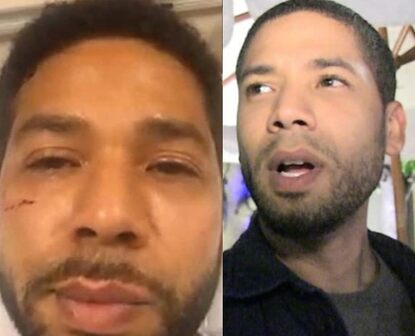 ​Fox star  "Empire" Actor Jussie Smollett  Alleged Victim in Homophobic Hate Attack but no evidence yet... the story, the hoax? 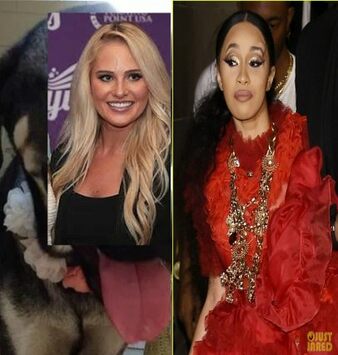 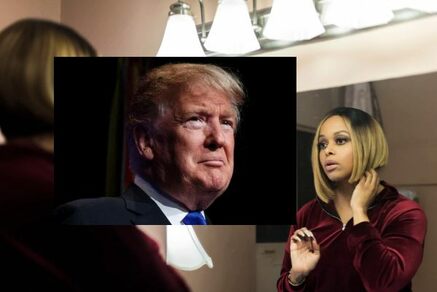 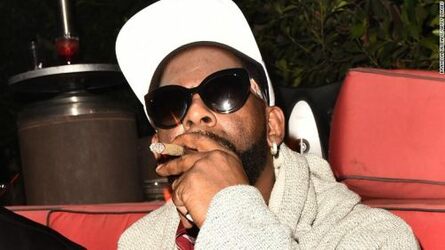 As pressure mounts on R&B legend R. Kelly from #metoo momentum R. Kelly feels untouchable still
R. Kelly has his lawyer at work fielding questions left and right from the press about multiple sexual allegations against R. Kelly, that have been festering for years. Today R. Kelly is ignoring all the noise,..he still thinks he can fly.  A" ... for more
A lawyer for R.Kelly has denied any wrongdoing on behalf of the disgraced singer, who has been accused of a number of sexual assault allegations in a recent documentary. ...  R. Kelly's daughter Joann Kelly, aka Buku Abi, with whom he is estranged, called him a "monster" on Instagram, ... ﻿ for more﻿ 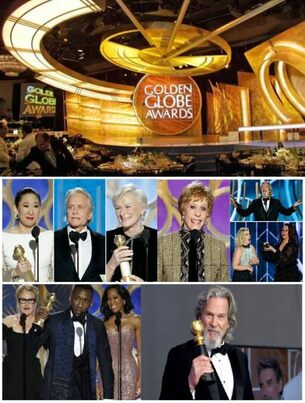 Golden Globes Summary 2019... The Diversity, The Snubs and surprises
The Foreign Hollywood Press selections for best Film & TV AKA the Golden Globes usually sets the tone for  The Oscar and Emmy shows later this year.  As first time presenters Andy Sandberg & Sandra Oh made it clear the show would not be about Political Bashing but instead would be a celebration of where the Industry has come in terms of diversity...﻿for more﻿
"A Star Is Born" stars Lady Gaga and Bradley Cooper were seated in the very front of the front rows at Sunday night's Golden Globes awards show, and seated they (for the most part) stayed, as their much-hyped film saw itself playing second fiddle...  for more,...Here is a full list of the winners and nominees 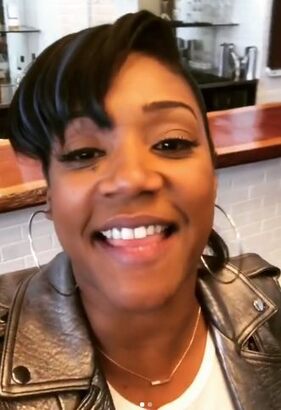 ​Tiffany Haddish bombs at Miami, NYE performance,.. is she taking her fame for granted?
Comics and industry professionals are sticking up for Tiffany Haddish on social media after the “Girls Trip” actress faced negative press due to a botched New Year’s Eve comedy set. Haddish performed December 31 at the James L. Knight Center in Miami, Florida...  for more 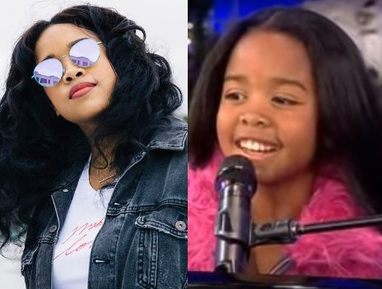 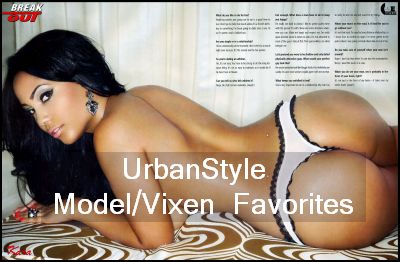